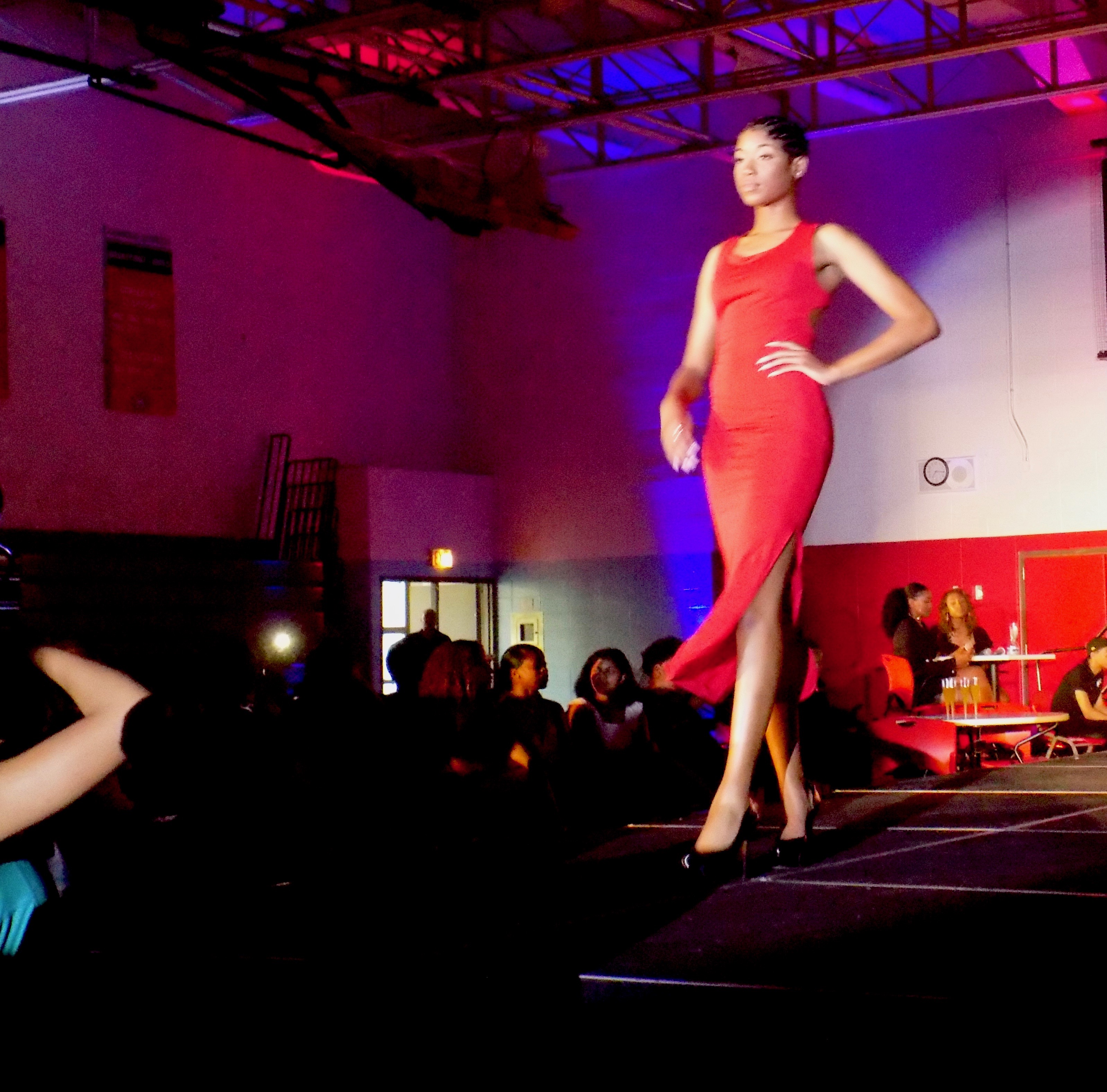 Last night we had the honor of seeing one of the Winter session’s students, Jiorg Dail, in his first fashion show as part of his graduating high school year at Kenwood Academy.  Let’s do a little blog about the twists and turns of this advanced sewing project (that is really, let’s be honest here, multiple sewing projects all tied up into one with hope, work, sweat, and drive).

It is always interesting to meet new people at the workroom and get a sense of where they are coming from and where they want to go with their projects.  When Jiorg Dail came up this January, he set the bar the highest.

“I agreed to do a fashion show at the end of my senior year at Kenwood”
“When is the show?”
“May 26”
“Well, looks like we better get to work then.”

Before we go through the nuts and bolts of what Jiorg did, let’s look at the finished product:

Now let’s get into the meat of it, shall we?

When students like Jiorg come up they are always this combination of a treat and a worry.  They are a treat because they have this vision of themselves and ambition to try to carry it off; they are a worry because sometimes their reach exceeds their grasp and things fall apart. It is an interesting balance a teacher has to do with students like this.  Too much academic hoo-ha and they are bored and disappointed, too much freedom and they end up all over the place.

Jiorg was already a fairly competent sewer, so we worked in a lot of pattern making detail and used a lot of the workroom blocks and slopers to draft the basic patterns.  Jiorg needed no help with the creativity, he just needed help understanding the basic structures.  Once he had the pattern shapes under control, it was just his eyes leading his hands as he cut and sewed.  This man had 4 months do do what we wouldn’t volunteer to do in 8, so he had his work cut out for himself.

With students like Jiorg, you can’t really go by regular classroom rules – you have to approach things kind of like a Montessori ninja.  You give them space and tools, kind of gently make suggestions, make yourself available, and let them take off.  Anything else – any suggestion of restraint or pedantry and the whole thing falls apart.

When he could get up here outside of class he did, and was pretty much sewing at home the rest of the time with questions texted back and forth throughout the process.  As deadline loomed, he wrapped up the last four or five garments and was ready to go.

He did such a good job of putting this together that the day of the show was one of the easiest we have seen.  It isn’t unusual for young designers to be making all kinds of last-minute compromises in fit and finishes, but Jiorg had it under control.  This was his show and his work and he had nailed it down.  No frantic last minute texts, no insane tantrums, just a good old fashioned high school fashion show that went really, really well.  Everybody had a blast. 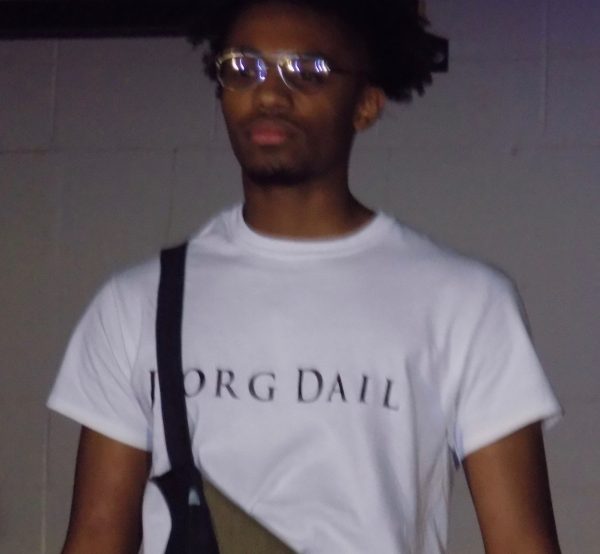 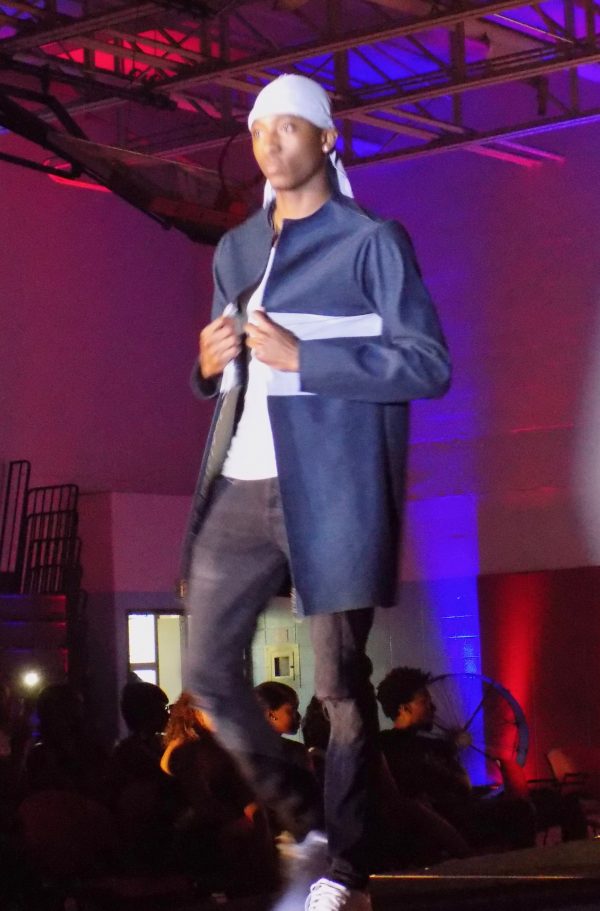 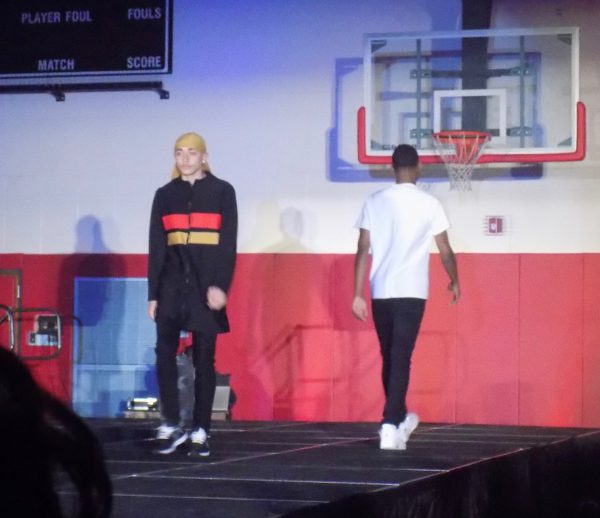 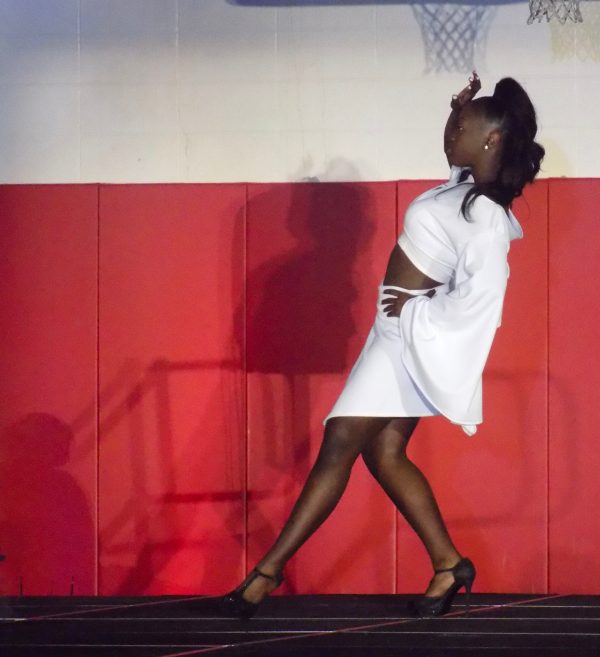 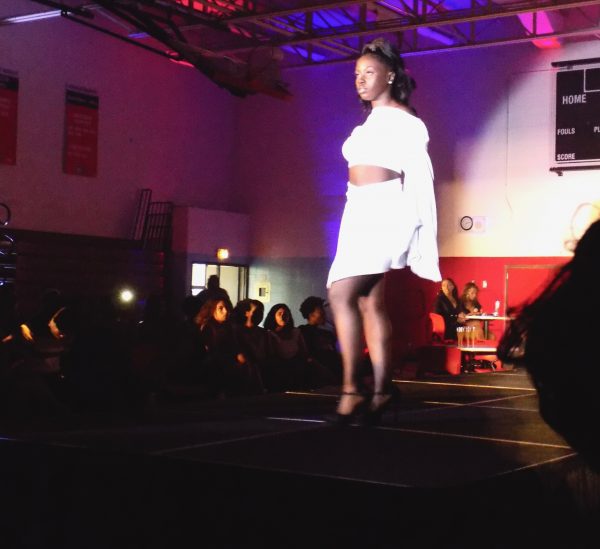 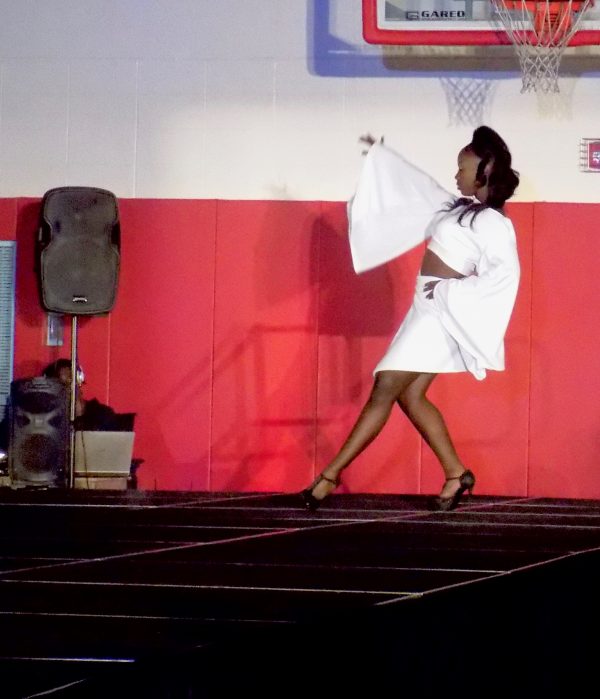 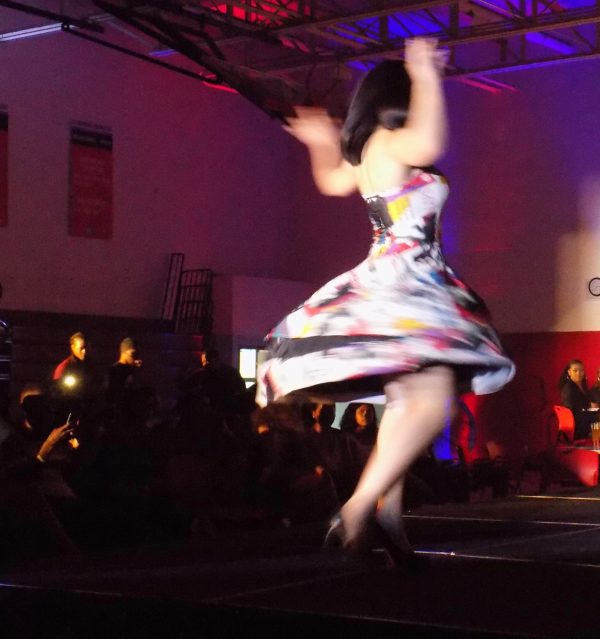 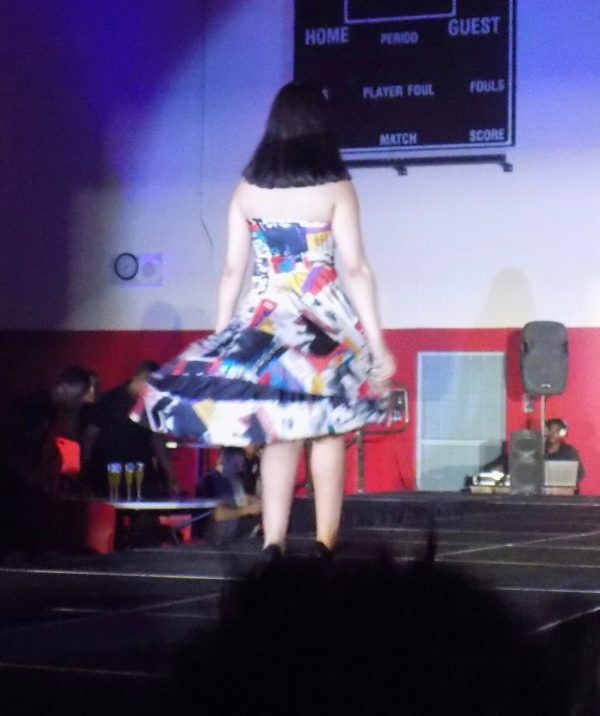 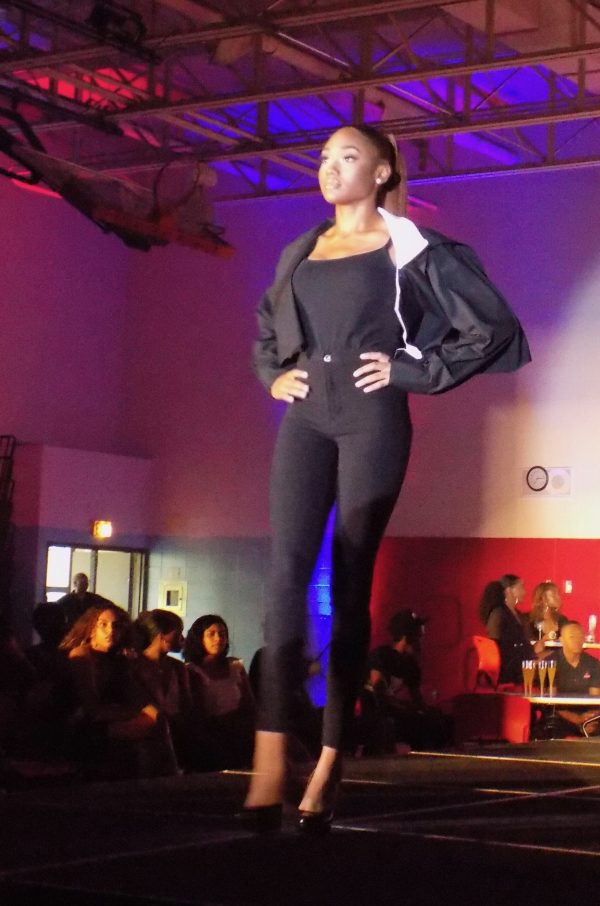 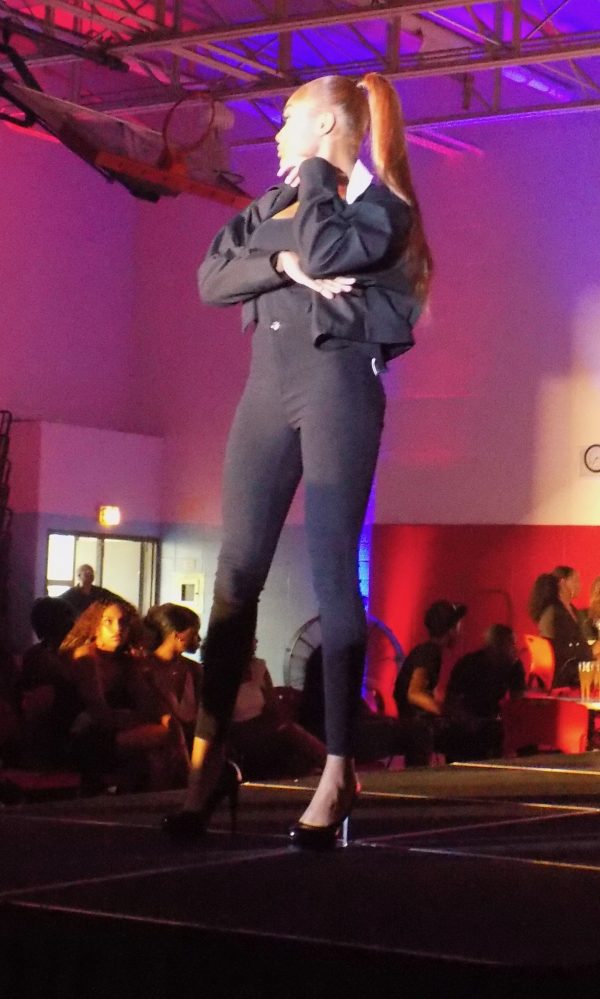 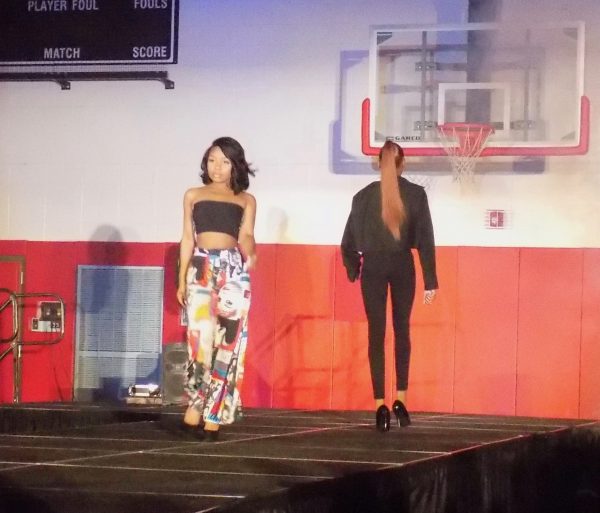 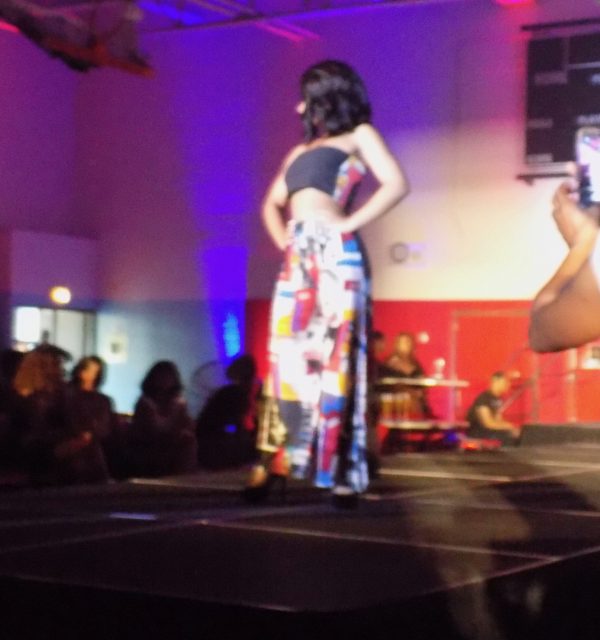 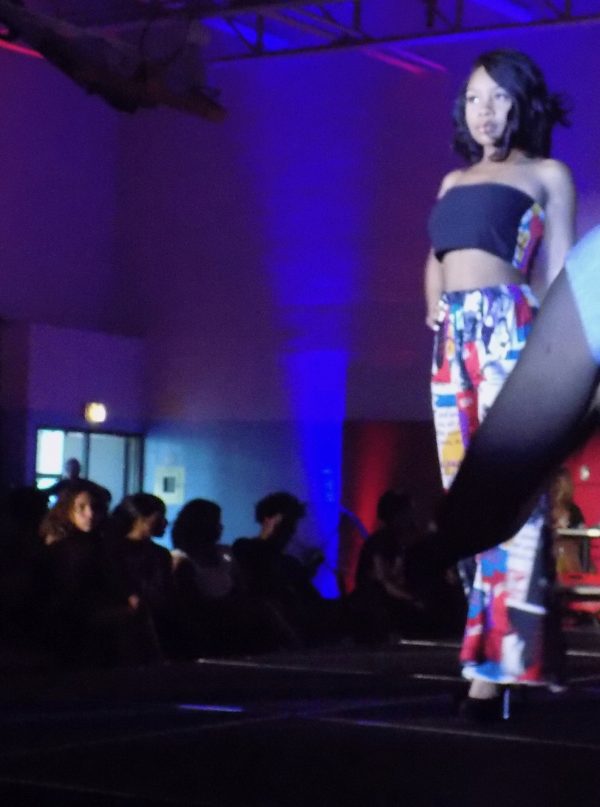 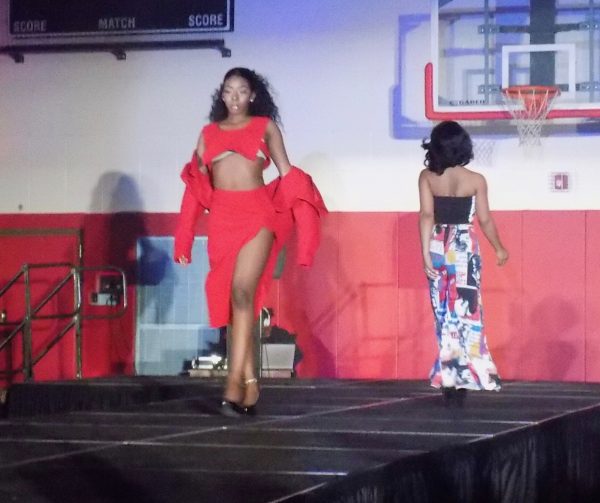 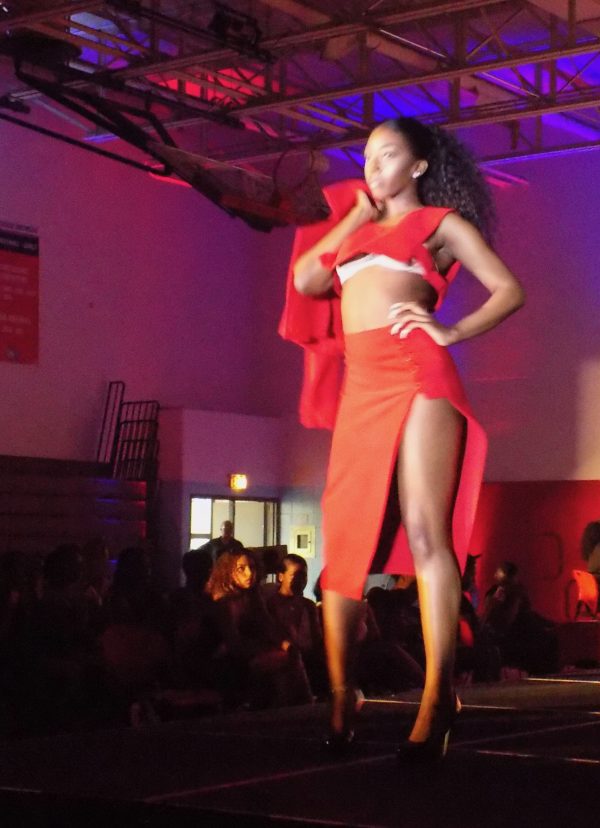 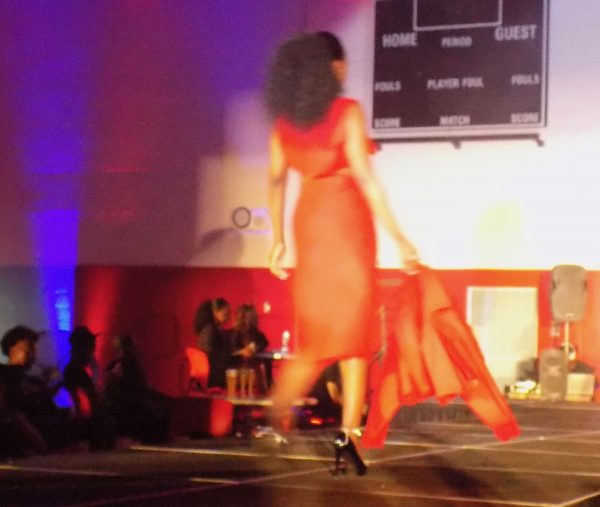 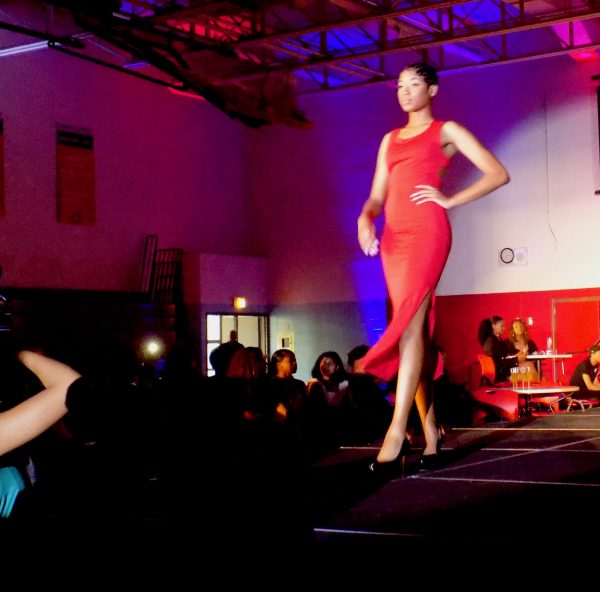 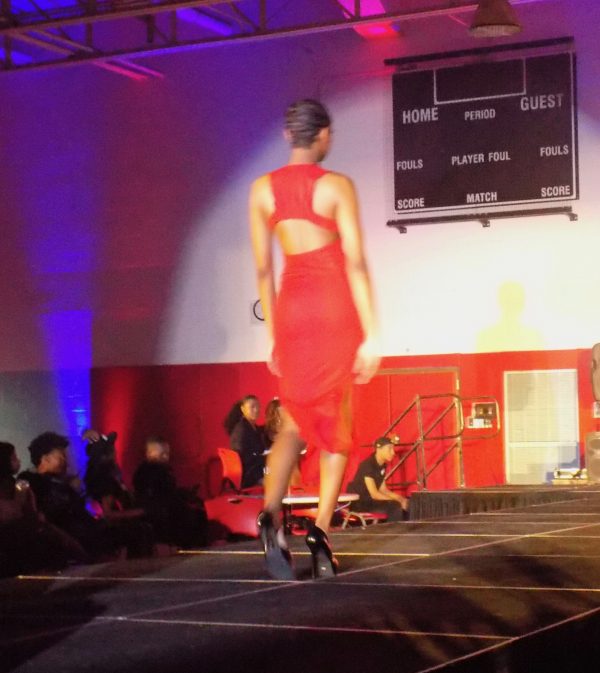 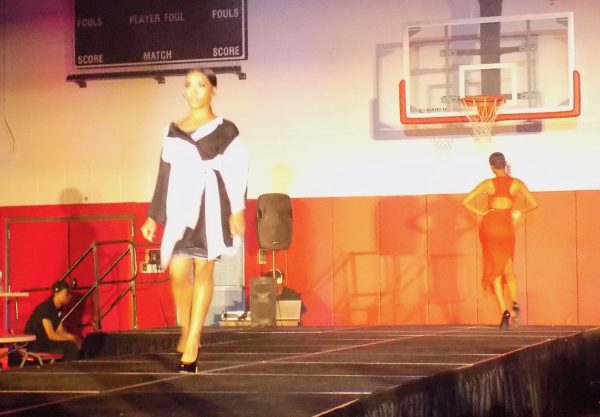 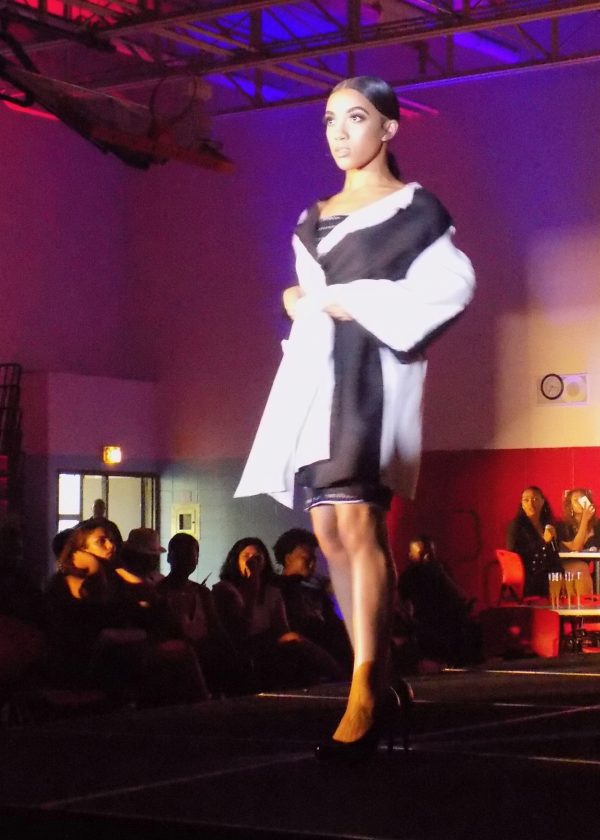 If you want to help support a young designer as he gets ready to enter the real world, he’s also selling branded t-shirts from his Facebook page:

At the end of it all, we can’t claim Jiorg Dail as a designer.

We gave him some tools, some tips, and maybe a little inspiration, but he is in the pilot’s seat with this whole process – we just handed him the map and he took off. You don’t really teach students like this in the traditional sense, you just facilitate what is already there and let them show you what they’ve got.