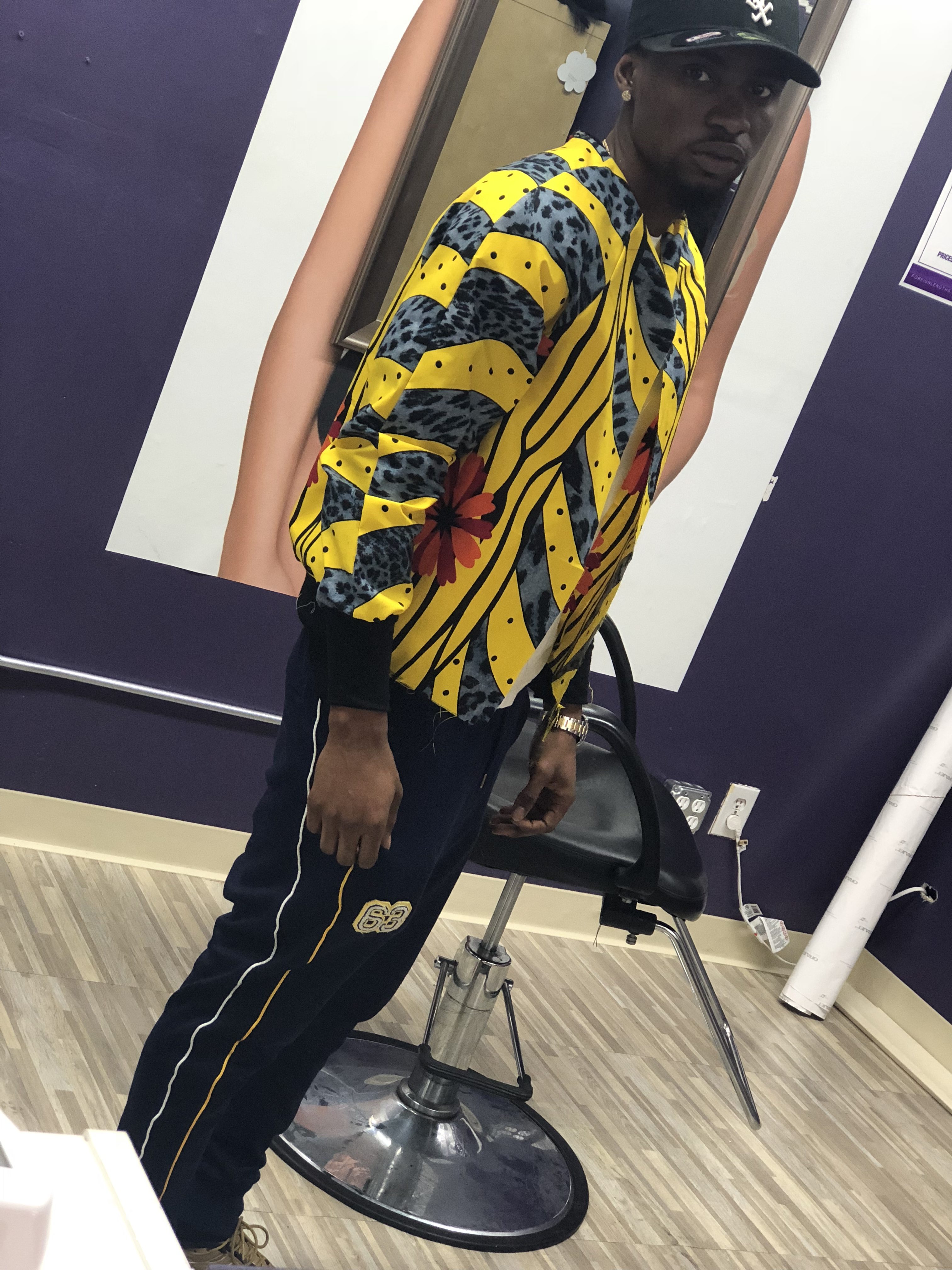 Lamel came to us wanting to learn to sew generally. He had ideas for various businesses he’d like to start on top of the national hair supply chain he already owns.  We started off as we always do with the introduction and then moved on to the dress shirts and tops they had chosen…

But something was off… Lamel wasn’t into it and was ambivalent about the shirts.  It isn’t terribly unusual to switch gears in the middle of a project (or life for that matter) and decide that none of this is working out.  And so switch gears he did.

We went through the initial redrafts to size it for both men and women and he has been going nuts with this thing.  A few changes here, a few mistakes there, and BOOM.  All of the sudden we were deluged with bomber jackets. Once he learned how to grade the pattern and alter it to make it his own…

So yeah… we didn’t get a great start with those dress shirts, but he more than made up for it with these.

Overall, the Simplicity #8418 is a great pattern for beginners – the only difficult things for the beginner are going to be getting the ribbing to fit to the garment and the inset panel that joins the ribbing to the zipper.

And he took this and ran with it – which is exactly what we try to get from people.

You can read about Simplicity #8418 on Pattern Review