Sequined fabrics come up a lot in classes – from Indian to more Western pavé yardage and everything in between.

Sometimes the conversation about them revolves around how hard on the machine and how uncomfortable they can be to wear.  This tells us that these people have only been wearing clothes with the sequins sewn into the seam.  To make the piece less scratchy and irritating, and to give it literally a seamless look, remove the sequins from the seam allowances, saving them to fill in the voids once you are done.  It takes longer, but it is entirely worth it – especially when you have single anchor sequins like paillettes.  The swing and dangle isn’t interrupted by being sewn down.

Once you have them removed, you can then take a thread in a matching color and go around the edge of the sequined area anchoring the final sequin on each row. 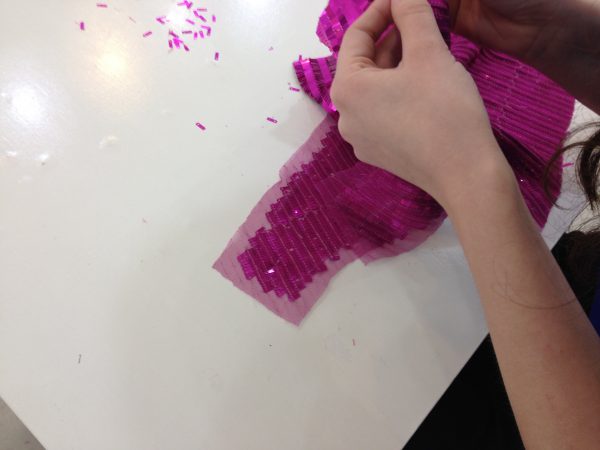 You do this with the darts as well, and there is no discernible seamline once the voids have been filled. 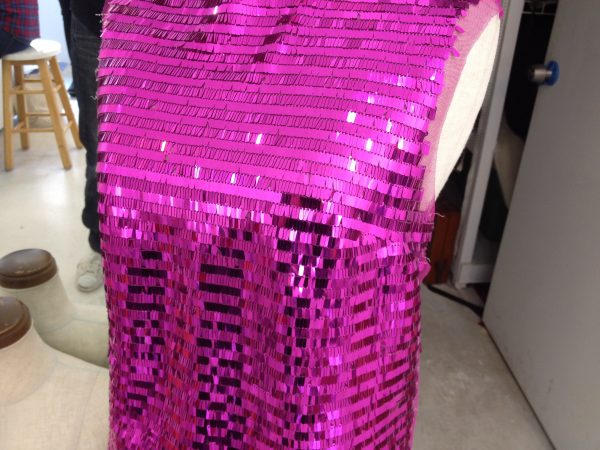 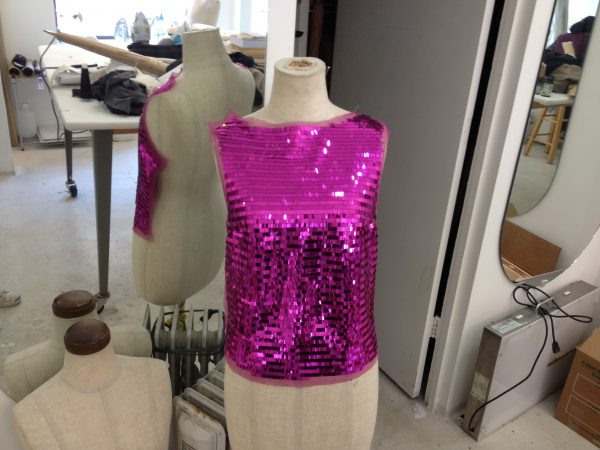 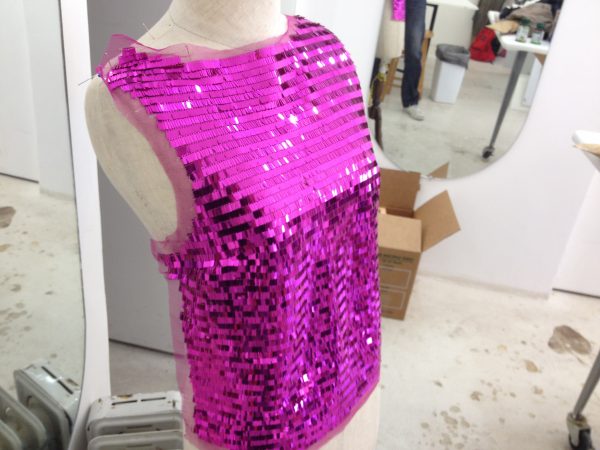 The sequins aren’t bound up, can swing freely, and the broken and cut edges aren’t sewn into the seamline to cut and irritate you.

Like glitter, sequins get everywhere.  Seriously. It is not an exaggeration to say that you will be cleaning them up for like 6 months.

2018-04-05
Previous Post: Tip: Pattern Placement With Sheers and Lace
Next Post: Everybody Wants a Corset… For the First 20 Minutes